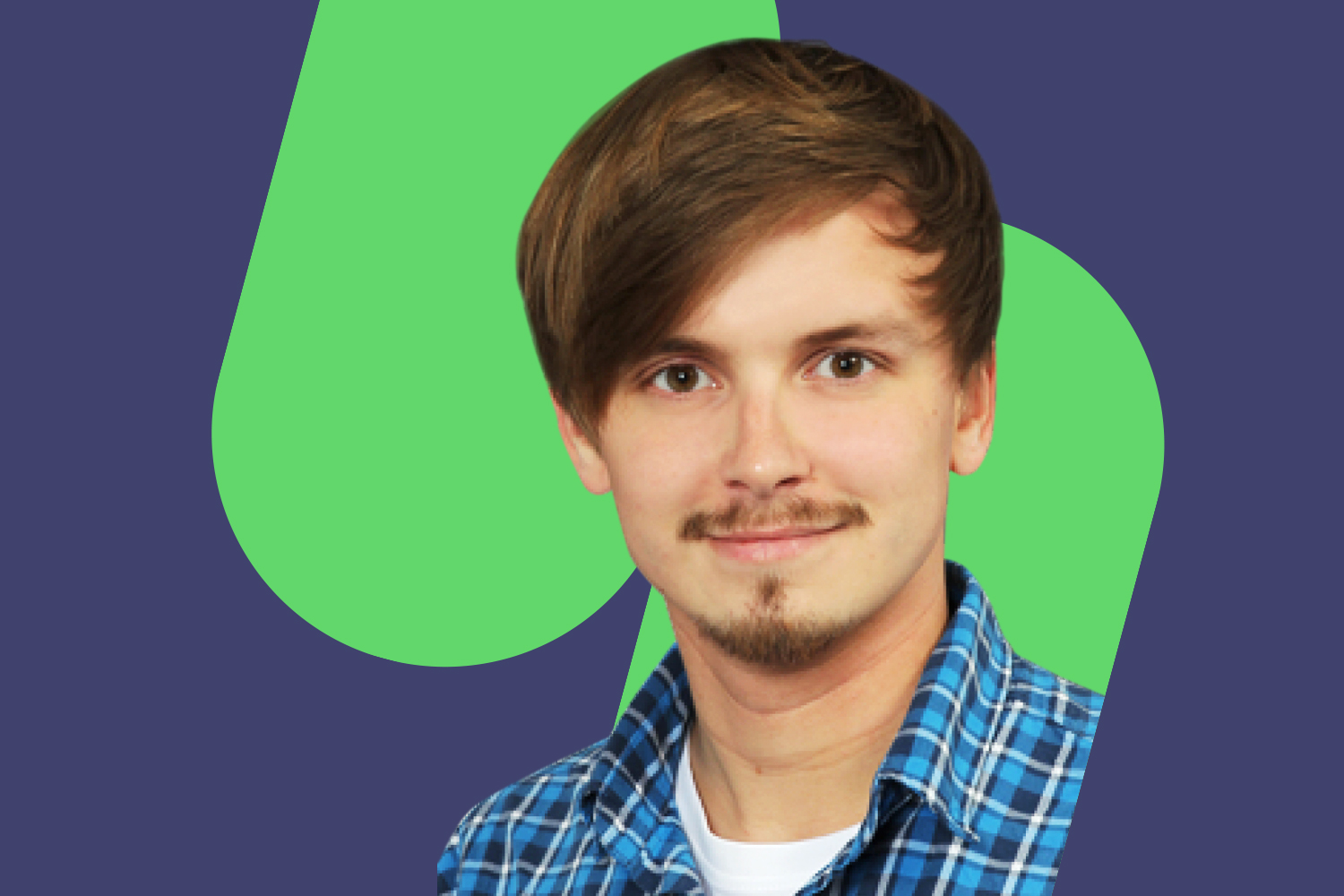 My name is Wilhelm. I am a 26 years old German, who lived for the past years in Cologne. There, I studied Sociology and Politics. I finished several internships in the fields of journalism, marketing and public relations.

What sparked your interest in coding?

While I was doing the aforementioned internships, I had never felt that I achieved something lasting. Fulfilment rarely occurred at the end of the day. At the same time, an interesting application was promoted on my phone’s application store: Mimo. The app promised to teach beginners the basics of coding. I followed my curiosity and I obtained some simple programming skills. Finally, I felt the joy of creating something lasting – something that other could use for their advantage. I guess, it is the same fervour that drives architects and craftsmen – with the big difference, that as a programmer you create digital buildings and tools.

Finally, I felt the joy of creating something lasting – something that other could use for their advantage.

How did Mimo Dev fit into your coding journey?

I would not have got ready for a web developer position if I had not attended the Mimo Dev courses. Especially in times of remote work, it is crucial to be part of a familial community of beginners striving towards the same goal. The regular calls with my classmates, and the careful supervision of my instructor encouraged me to stick to the curriculum. With the help of Mimo Dev, I have never lost sight of my objective to become a web developer.

With the help of Mimo Dev, I have never lost sight of my objective to become a web developer.

How did the job search go for you?

I started to apply for frontend developer positions after I had finished the Mimo Dev courses. Before I sent the first application, I had focused on two goals:

I put a lot of effort into my LinkedIn profile, since it is an important place where the recruiter’s impression on the applicant is formed. First and foremost, it means to present your projects in a good light. Projects are necessary to show potential recruiters skills exceeding basic tutorial-led projects, e.g. a to-do list. It is an advantage if the project has a personal background story, e.g. a tool to help your friend’s business.

I submitted dozens of applications, of which most had been rejected. I know, it sounds cheesy: But, do not give up! Keep submitting the damn applications! After a few weeks, I had my first invitations to job interviews. In the end, I was even accepted for two different positions.

After a few weeks, I had my first invitations to job interviews. In the end, I was even accepted for two different positions.

Where do you work now?

Now, I work as Junior Frontend Developer Trainee at the German IT service provider adesso.

What did Mimo Dev help you accomplish?

Through Mimo Dev, I got in touch with the React library. This library is now the main skill I use in my everyday work. It is the one which got me the job, so I am glad React was part of Mimo Dev’s curriculum. Besides, I have broadened my horizon by glancing at  backend programming during the Mimo Dev course, apart from being mostly focused on learning frontend skills. I appreciate the wide range of skills and technologies the courses covered.

How has learning to code changed your life?

Personally, coding helped me to structure my thinking, to believe in the infallibility of computers, and – utterly essential – to expect and accept that you will run into errors anyway. It is your job as a developer to keep calm, drink coffee, and check the code for potential errors. Since humans are not perfect, neither is their code. This is nothing amiss, as long as the issue gets solved – better sooner than later.

It is your job as a developer to keep calm, drink coffee, and check the code for potential errors.

Any advice for those who are just starting to learn to code?

Learning to code can be tough. But, you are tougher. Do not lose hope, though it may get complicated. Especially, if you are learning on your own, you will hit on something so hard to wrap your head around that you will have to leave it for a later day. That is fine. Just keep swimming, as one famous Hippo Tang once said.

Ready to take the next step in your career? 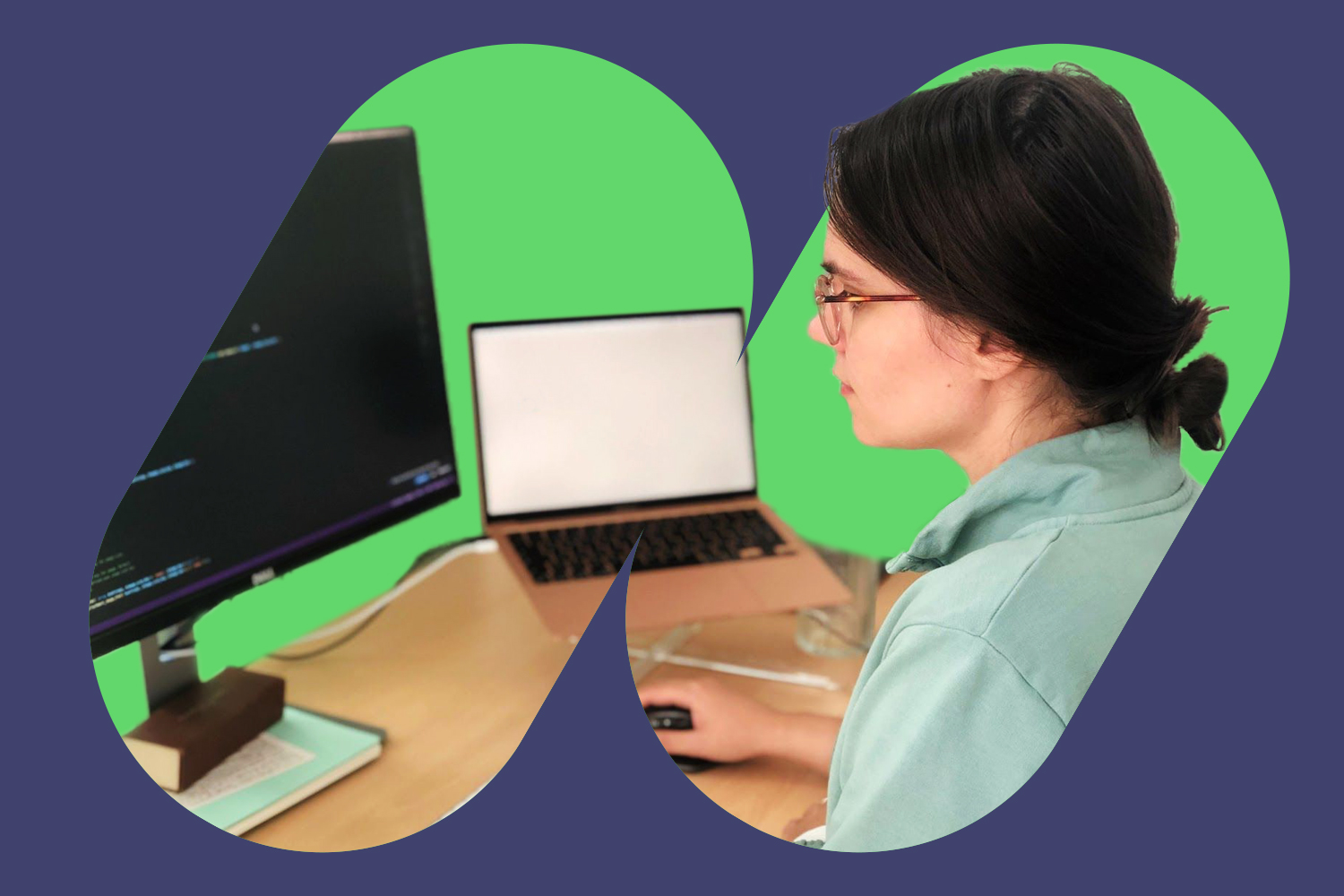 Zuzana's Story: From IT Analyst to Junior Front-end Developer at Qrowdsy 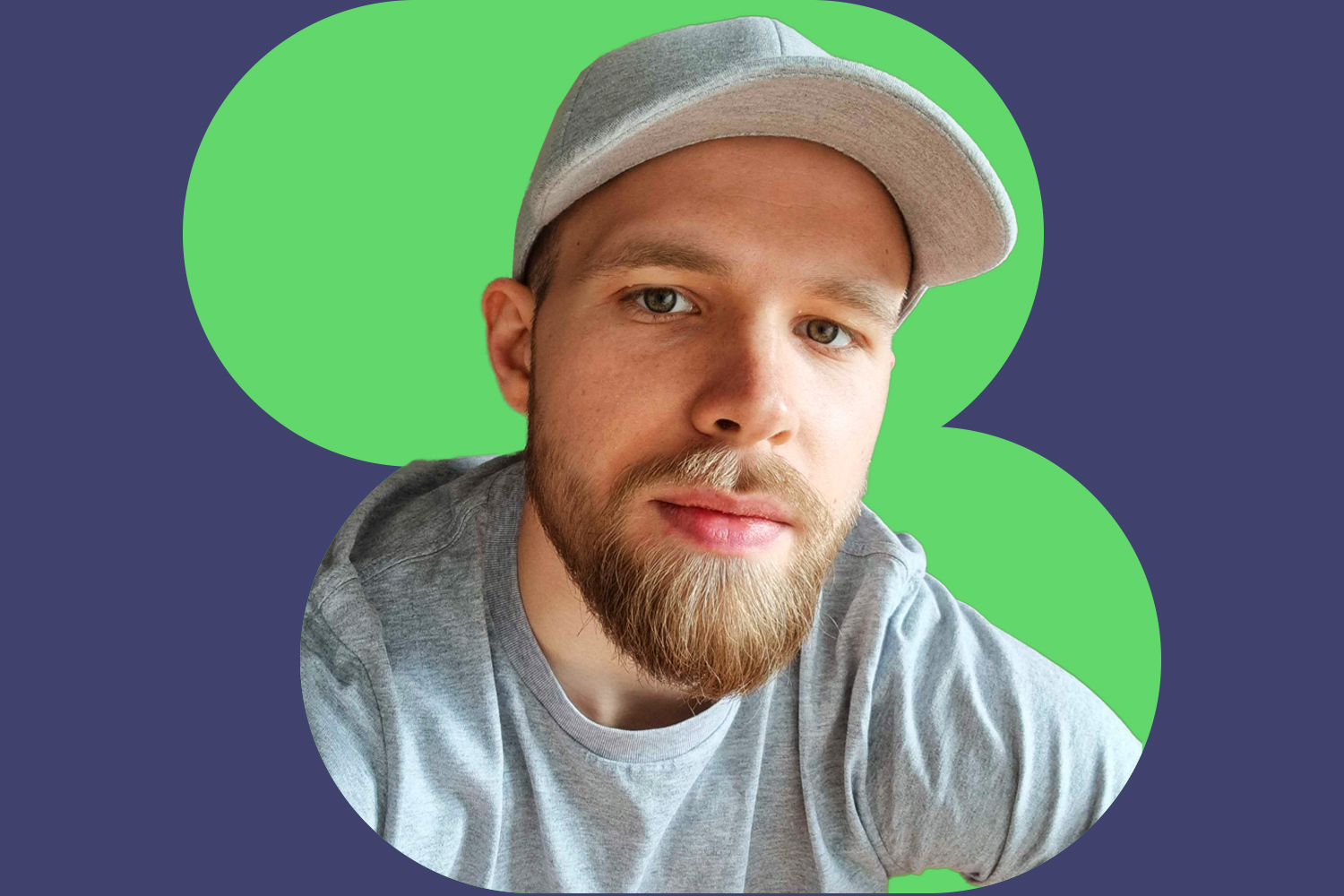 Dimitri's Story: From a mechanic to a Frontend Developer 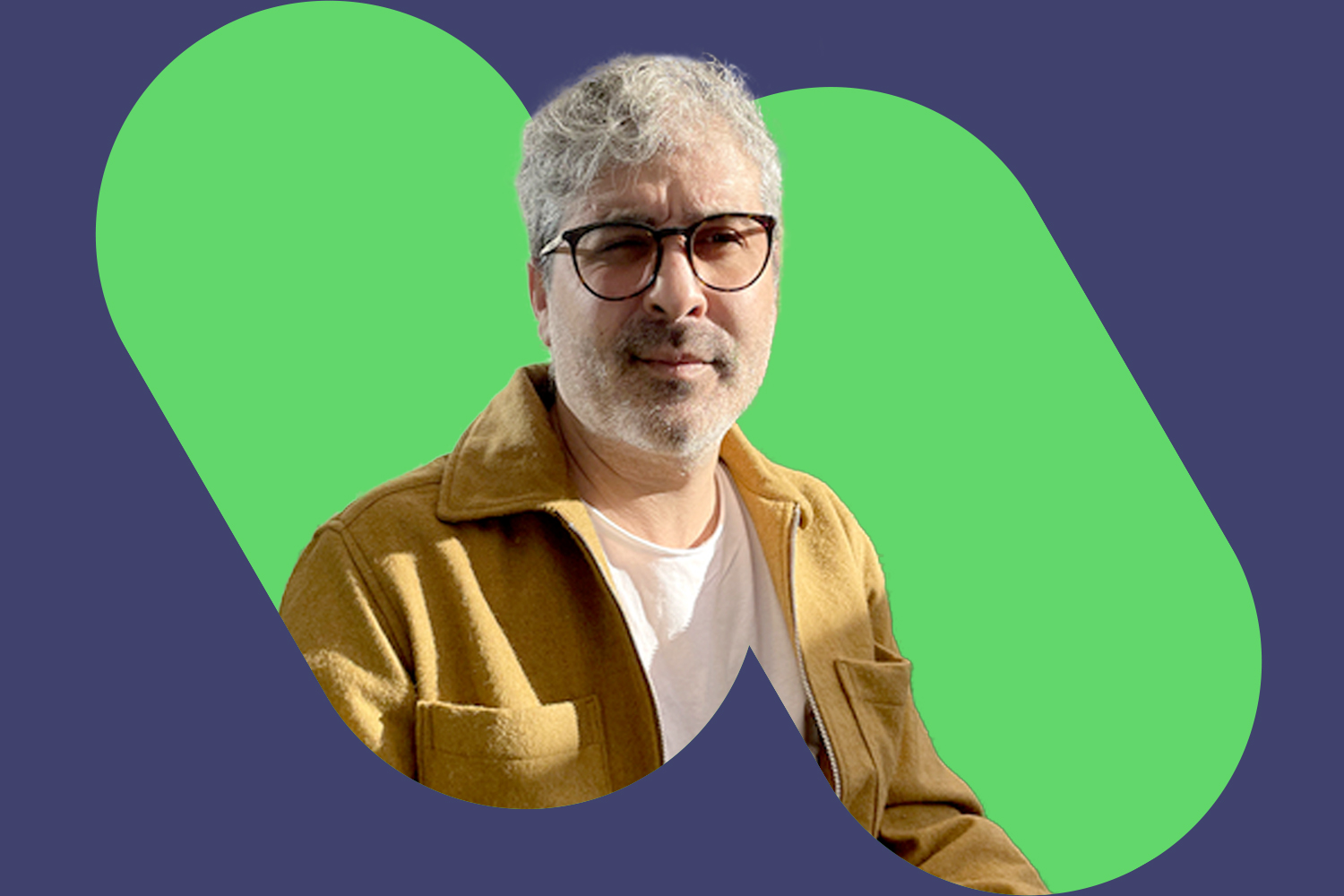 Özgür's story: When you know coding is what you want to do

Launch your dream career in tech

If you’re still unsure, schedule a call with our career specialists to see if Mimo Dev is right for you
APPLY NOW

Every week, you will get a new study plan from your personal instructor, which will consist of different skills, projects and coding challenges you can complete on your own time. In addition, you'll have weekly live session where your instructor will talk through a coding project, explain new concepts and answer questions.

You can pick 1 out of 4 live call options each week. The options are spread out on different days and times to fit your schedule.
‍
Each week, you'll also have multiple short calls with the rest of the study group to check in on each others progress and discuss potential roadblocks. In addition to the regularly scheduled sessions, you'll set up Bi-weekly 1:1 calls with your personal coach, where you can discuss concepts in-depth and talk about your weekly study plan.
‍
Each month, we'll also host special community events, like Q&A sessions with famous developers or group hackathons.

Can I complete the program from anywhere?

Yes. You'll only need a computer with a microphone and a webcam as well as a fast and reliable internet connection. Ideally, you're in a European/African/US time zone to make sure you can attend live sessions and office hours.

Do I need coding skills to apply?

No, you don't. What's essential is that you're very motivated and have a strong interest in coding. While we'll work hard to get every student to the same level, the program has to keep moving, so your dedication is what matters.

Will the live sessions be mandatory?

No, they're not mandatory, however we highly encourage you to join them each week. There are 4 different time slots each week to choose from, so it will be easy to find a time that fits. We'll make sure to record all live sessions so you can watch them afterwards in case you can't make it.

Will you help me with hiring?

Yes. We provide career coaching and interview preparation. We'll do mock interviews with you and help you polish your online resume and portfolio, and facilitate introductions through our network.

How big will the cohorts be?

We're purposefully trying to keep our cohorts to around 40 people so we can fully support each student. Live sessions will have 10 people on average in one call.

Why does this program focus on web development?

Web development continues to be the most in-demand area for junior developer roles. It also suits itself perfectly to our teaching methods and tools.

What if I already know how to code?

Great, you'll have a head start! Unless you already consider yourself a developer, you'll still get a lot of value from the program. You’ll still learn state-of-the-art technologies, best practices, development principles and workflows, and get help landing a job.

Can I really become an employable developer within 6 months?

Yes! As long as you stay motivated and spend around 20 hours per week, you'll be able to master the skills necessary to find your first software development job.

How much time do I need?

You should dedicate around 20 hours per week.

What kind of jobs will I be able to land after completing the program?

Do I need Mimo Pro to start Mimo Dev?

No, you don't. Mimo Dev is designed to be completed without using the Mimo mobile app, however, we think it's a great additional tool to practice when you're on the go. If you sign up for Mimo Dev, we'll give you free access to Mimo Pro as well.